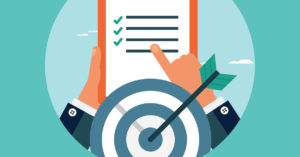 Nineteen providers didn’t respond to additional documentation requests (ADRs) for Round 1 during that timeframe.

Meanwhile, of CGS’ 10 probes completed for eligibility and medical necessity edit 5B000 from Jan. 1, 2019, through March 31, 2019, only two were complaint after Round 2. Eight agencies advanced to Round 3.

One provider didn’t respond to ADRs for Round 2 during that timeframe.

CGS’ top TPE denial reason during the first quarter of 2019 was “Face-to-Face missing/incomplete/untimely.” Face-to-face documentation denials accounted for about 30% of CGS’ TPE denials.

With TPE, there remains an “unfortunate consistency” to agencies’ inability to succeed and to the reasons why agencies aren’t succeeding, says Joe Osentoski, Troy, Mich.-based reimbursement recovery & appeals director for Quality in Real Time (QIRT) in Floral Park, N.Y.

One common recommendation when it comes to preparing for the Patient-Driven Groupings Model (PDGM) is to carefully evaluate your agency’s policies, processes and procedures, he says. But agencies also should consider “the need for staff education on what constitutes a reimbursable record and compliant documentation.”

Agencies also should reconsider if their QAPI program truly addresses key indicators of compliance, he adds.

“Quality assurance and record reviews cannot be ignored in the sweep of other pending changes,” he says. “Outsource if needed. But don’t ignore its importance.”