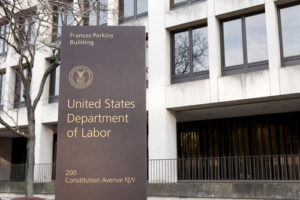 The U.S. Department of Labor’s (DOL) proposed rule on joint employment should provide clarity and reassurance to businesses, especially those in franchise arrangements, according to attorneys familiar with the risks and benefits of joint employment.

The DOL announced on April 1 that it was proposing a rule to revise and clarify joint employment as it relates to the Fair Labor Standards Act (FLSA). That law allows joint employer situations when two or more businesses are jointly responsible for employees’ wages.

The DOL says the proposed rule would ensure employers clearly understand their responsibilities to pay workers at least the federal minimum wage for all hours worked and overtime pay of time and a half for all hours worked over 40 in a workweek. The proposed rule sets out a four-factor test for determining joint-employer status that would consider whether a business exercises the power to:

Businesses in franchise relationships, those that use staffing agencies, and those that subcontract work to other companies often find themselves in the sometimes risky position of being deemed a joint employer of another business’ workers, meaning those businesses could be liable along with another employer or employers for potential FLSA violations claimed by workers hired by one business but also working for another.

Andrew B. Murphy, an attorney with Faegre Baker Daniels LLP in Minneapolis, Minnesota, says a new rule is needed because the DOL’s current regulation includes unclear standards such as whether companies are “completely disassociated with respect to the employment of a particular employee” and whether “one employer is acting directly or indirectly in the interest of the other employer.”

The DOL’s proposed four-part balancing test is much clearer for companies to apply, Murphy says.

“The proposed test also clarifies that whether a worker is economically dependent on the alleged joint employer is ‘not relevant’ to the joint employment legal analysis, which is a significant boost for companies with integrated business relationships,” Murphy says. “These concrete standards will make it much easier for companies to assess joint employer issues.”

Murphy says a new rule providing clarity is long overdue. “Despite significant changes in the economy and how companies do business, the DOL has not updated its interpretation of the joint employer test since the Eisenhower administration,” he says.

Near the end of the Obama administration, the DOL issued guidance that many companies interpreted as making it easier to establish a joint employment relationship. “The Trump administration promptly rescinded that guidance, prompting questions about what the DOL would do next,” Murphy says. “The DOL’s recent announcement provides long-awaited clarity.”

“Employers will notice that the proposed rule and the additional four-part test would promote a more fair review process and should provide more certainty in this area if enacted,” Mau says. “The rule should also promote further innovation in business relationships, especially franchises.”

Mau says the rule would solve questions associated with what assistance a franchisor could give a franchisee without fearing that providing help, such as sample employee documents, would make a joint employment finding more likely.

Labor advocates are critical of the proposed rule, which the National Employment Law Project called “aggressively anti-worker.” The organization also points out that the proposed rule is “interpretive only, and lacks the force of law,” but Murphy says it’s important, nonetheless.

“The DOL’s notice relates to a proposed formal change in federal regulations. The proposed rule will likely evolve in response to public comments before the DOL issues its ‘final’ rule,” Murphy says. “Once the final rule becomes effective, however, courts’ reliance on it will turn on issues of administrative law and deference to agency regulations. At the end of the day, any final regulation will carry with it significant legal weight, which bodes well for companies that rely on it.”

The public has 60 days after the rule is published in the Federal Register to submit comments.

About the author: Tammy Binford writes and edits news alerts and newsletter articles on labor and employment law topics for BLR web and print publications. This article originally appeared on HR Daily Advisor.

Editor’s note: On May 13 the DOL announced the comment period has been extended until June 25. Submit comments at https://bit.ly/2VzrrpW.