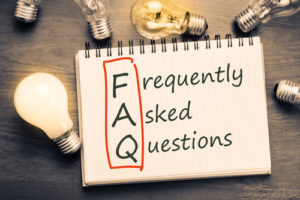 CMS has released its FAQ sheet on PDPM:

Q. Why is CMS changing from RUG-IV to PDPM?

A. Under RUG-IV, most patients are classified into a therapy payment group, which uses primarily the volume of therapy services provided to the patient as the basis for payment classification. This creates an incentive for SNF providers to furnish therapy to SNF patients regardless of the patient’s unique characteristics, goals, or needs. PDPM eliminates this incentive and improves the overall accuracy and appropriateness of SNF payments by classifying patients into payment groups based on specific, data-driven patient characteristics, while simultaneously reducing administrative burden on SNF providers.

Q. How are SNF patients classified into payment groups under PDPM?

A. The PDPM classification methodology utilizes a combination of six payment components to derive payment. Five of the components are case-mix adjusted to cover utilization of SNF resources that vary according to patient characteristics. There is also an additional non-case-mix adjusted component to address utilization of SNF resources that do not vary by patient. Different patient characteristics are used to determine a patient’s classification into a case-mix group (CMG) within each of the case-mix adjusted payment components. The payment for each component is calculated by multiplying the case-mix index (CMI) that corresponds to the patient’s CMG by the wage adjusted component base payment rate, then by the specific day in the variable per diem adjustment schedule when applicable. The payments for each component are then added together along with the non-case-mix component payment rate to create a patient’s total SNF PPS per diem rate under the PDPM.

Q. How does the PDPM classification methodology differ from the RUG-IV?

Q. How do providers bill for services under PDPM?

Providers would bill for services under PDPM using the Health Insurance Prospective Payment System (HIPPS) code that is generated from assessments with an ARD on or after October 1, 2019.

Q. What does the HIPPS code represent under PDPM?

Q. Is it required that the principal diagnosis on the SNF claim match the primary diagnosis coded in item I0020B?

A. While we expect that these diagnoses should match, there is no claims edit that will enforce such a requirement.

Q. What is the default code under PDPM and what does it represent?