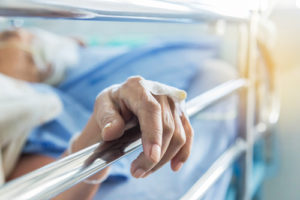 A new study published July 1 in the journal Health Affairs found that seniors with dementia who use home care have suffered more severe outcomes stemming from medical emergencies than those in skilled nursing facilities.

According to study author Rebecca Gorges, “While Medicaid’s trend to shift long-term care from institutions to the community is intuitively appealing, it is not clear that the health outcomes are better in-home settings than in nursing facilities.”  Researchers of the study found that a disproportionate number of patients are hospitalized when utilizing home care compared to those living in a facility. The resulting hospital bills combined with the price of home care often end up being more expensive than care at a facility.

This is not the first time the correlation between home care and hospitalization of dementia patients has been examined. A study conducted by The University of Chicago in 2012 also concluded that seniors with dementia have a higher risk of hospitalization when they have home care rather than living in a skilled nursing facility.