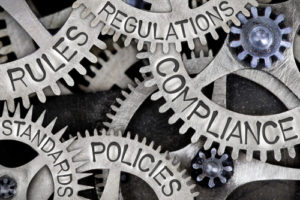 CMS has announced July 17 two new rules that, according to a CMS press release, will place more focus on SNF residents as a priority over paperwork by reducing unnecessary regulations and protecting their legal interests. The proposed rule would delay Phase 3 requirements, including QAPI and ethics and compliance standards. The final rule upends the ban on SNFs offering arbitration agreements to residents. These changes, fueled by the Trump administration, will modify previous rules set forth between October 2016 and June 2017.

The first proposed rule, titled the Medicare & Medicaid Programs; Requirements for Long-Term Care Facilities: Regulatory Provisions to Promote Efficiency and Transparency” (CMS-3347-P) eliminates regulations deemed unnecessary, obsolete, or excessively burdensome on SNFs. Time and money will be saved, as CMS-3347-P would reduce the hours and resources devoted to regulatory paperwork, according to the CMS press release. If finalized, CMS projects an estimated $616 million of savings annually.

Of the several changed proposed in CMS-3347-P, a few are as follows:

If finalized, the changes could go into effect as early as November 28. CMS will be accepting comments on the proposed rule until September 16.

The finalized rule, called Medicare and Medicaid Programs; Revision of Requirements for Long-Term Care Facilities: Arbitration Agreements (CMS-3342-F) redacts a former rule that banned pre-dispute, binding arbitration agreements between SNFs and residents. According to the CMS press release, the reversal of Reform of Requirements for Long-Term Care Facilities” (81 FR 68688) (2016 final rule) will protect the rights of residents, as they now have the option sign arbitration agreements as a condition of admission to a SNF. Arbitration agreements are written contracts designed to keep disputes out of court, with both parties required to accept the ruling of a neutral arbitrator. The original ban was designed to offer residents or their representatives the freedom to choose what kind of legal recourse to pursue.

To learn read more about the new rules, please visit the Federal Register website. Look for future posts at Post-Acute Advisor as it covers these rules in more detail.