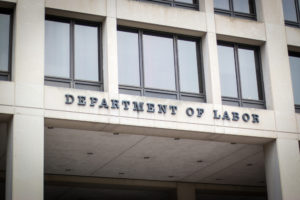 U.S. Department of Labor (DOL) Secretary Alexander Acosta’s announcement that he is leaving his post amid controversy over his role in a lenient plea deal for multimillionaire Jeffrey Epstein is likely to bring a change in tone to the agency.

Acosta’s resignation will be effective a week after his July 12 announcement. He had faced increasing pressure to resign since the July 6 arrest of Epstein on sex trafficking charges by federal prosecutors in New York. The new charges come more than 10 years after the 2008 plea deal that allowed Epstein to avoid federal prosecution on other sex charges back then. In that case, he had been investigated by federal and local law enforcement for crimes against underage girls in New York and Florida. Acosta was U.S. attorney for southern Florida at the time.

Acosta’s immediate successor is Patrick Pizzella, who has served as deputy DOL secretary since April 17, 2018.

“To the frustration of the business sector, Mr. Acosta had followed a slower, more deliberative approach to implementation of new rules,” Sweeney says. Pizzella is seen as more aggressive and probusiness. Sean Lee, an attorney with Fortney & Scott, LLC in Washington, D.C., agrees. “Acosta has drawn criticism for not acting swiftly on key labor and employment initiatives, like the overtime rule and industry-recognized apprenticeship programs, and for not being aggressive enough on deregulation efforts,” Lee says. He calls Pizzella “a seasoned government official with significant labor and employment experience.” He says he doesn’t foresee any agency initiatives slowing down under his leadership.

One high-profile issue in progress is the DOL’s proposed rule on overtime pay exemptions. Under the proposal, employees would have to earn at least $679 a week ($35,308 a year) in order to be exempt from overtime pay for any hours worked over 40 in a workweek. That’s up from the current $455 a week ($23,660 a year), the level that has been in place since 2004.

“I believe that Mr. Acosta’s successor is more likely to expedite the new overtime exemption rules or even advocate for a lower salary exempt income threshold test than was proposed under Mr. Acosta,” Sweeney says.

Lee says the overtime rule is far along in the rulemaking process, and he doesn’t expect the change in leadership will have a significant impact on the regulation or the joint employer or regular rate rules.

As for when a permanent replacement may be in place, Sweeney doesn’t expect action soon. “As with many other federal departments and agencies, I think it is possible that the DOL may have an acting secretary for some time. This is especially true if there is any chance that the Senate confirmation process will be difficult or the outcome uncertain,” he says.

Lee says it’s hard to predict when a permanent replacement will be in place. “It’s difficult to say, especially under this administration, which has not shown any particular urgency in filling the top roles at labor and employment agencies.”