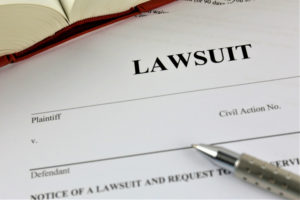 A class-action lawsuit filed by 14 SNF residents in 2011 challenging the Medicare three-day rule saw its first day in court on August 12. The lawsuit addresses the rule requiring residents to be admitted to an acute-care hospital for a minimum of three days prior to entering a SNF to receive Medicare coverage. The residents were unable to use their Medicare benefit because they had been under observation in the hospital, rather than admitted.

CMS administrator Seema Verma took to Twitter responding, “Medicare beneficiary who requires skilled care in a nursing home? Better be admitted for at least 3 days in the hospital first if you want the nursing home paid for. Govt doesn’t always make sense. We’re listening to feedback.”

Should the plaintiffs win the class-action lawsuit against HHS, SNF residents who were denied Medicare coverage after a three-day hospital observation (rather than admittance) since 2009 will be able to file an appeal for reimbursement from Medicare.

A bipartisan group of federal lawmakers have also proposed the “Improving Access to Medicare Coverage Act of 2019” that aims to include “observation stays” in the three-day rule. Should the bill be passed, CMS will need to re-evaluate the current three-day rule.