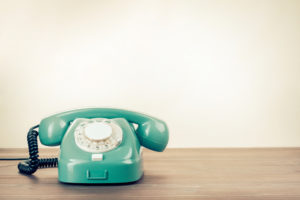 The study reveals how commonly phone calls, emails, and even faxes are used as the primary form of communication when transferring resident information.  Researchers suggest that post-acute facilities use technology to transfer data, rather than relying on somewhat antiquated methods of communication.

In 2017 the Office of the National Coordinator for Health IT (ONC) released a data brief  that found 64% of SNFs use electronic health records (EHRs), but the process still requires a lot of manual effort. The ONC went on to state that “Almost one in [ten] (9%) SNFs reported that their staff was easily able to integrate patient health information into their EHR without manual entry or scanning.” Although some SNFs do have access to EHRs, the platform is either inefficient, or staff isn’t trained well enough to efficiently use the platform.

The ONC summed up the issue by stating, “Researchers have identified barriers to EHR adoption across long-term and post-acute care settings, the most salient of which is the initial cost of EHR adoption, followed by user perceptions, and implementation problems among others.”