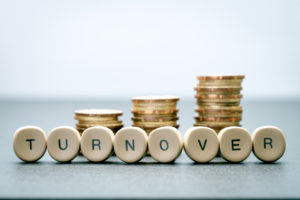 Turnover for private duty caregivers is an ongoing challenge in the industry, and it’s only getting worse.

Consider the following tips to help address turnover at your own agency:

Reference a major pain point, such as flexibility, in your headline. An ad headline that receives strong response for Davis’ agency is “Are you a home health aide looking for flexible hours?”

It asks a question, it makes the post about the applicant as opposed to the agency and it appeals to a major pain point for caregivers.

When crafting a headline, it’s also a good idea to include the name of the city from which you want to draw caregivers, he says. That appeals to caregivers personally and gives your agency a search word boost.

For instance, the headline would read: “[City name] caregivers, are you interested in flexible hours?”

Applicants want to feel like they will work for someone they know and trust as opposed working within a corporate structure, Davis says. Build connection within the body of your job post.

Once you’re on the phone with an applicant, similar scripting should follow the ad’s theme. Talk more about that story and sink that emotional hook deeper, Davis says.

Agencies that form a deeper bond with staff might have greater success in retaining those employees down the line, Davis says.

“It may add 30 to 40 minutes per week on calls, but the upside is much bigger than that,” Davis says. — Kirsten Dize (kdize@decisionhealth.com)