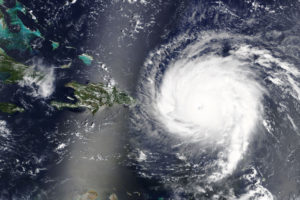 When a hurricane strikes, SNFs, along with the rest of the population in coastal regions, are often issued mandatory evacuations. In 2012, researchers at PBS studied the effects evacuations had on SNF and nursing home residents in the weeks after hurricanes. In the study, To Evacuate or Shelter in Place: Implications of Universal Hurricane Evacuation Policies on Nursing Home Residents, published in the Journal of Post-Acute and Long-Term Care Medicine (JAMDA), researchers found that the hospitalization rates and death toll between 2005 and 2008 was higher for residents who evacuated during a hurricane, rather than sheltering-in-place.

In addition to the strain on residents being loaded onto a bus and riding for hours, residents have sometimes arrived at their destinations to find them unfit, or already at capacity, according to researchers. Even upon reaching a safe destination, the eating, sleeping, and treatment schedules of residents had been disrupted. Researchers stress that at first glance it may seem that evacuation is the safest route, but the public often isn’t informed of hospitalizations and death of residents that happen as a result of hurricane evacuations, as they happen sometimes days or even weeks after the event.

Despite the dangers of evacuations, SNFs are often urged to evacuate during hurricanes because many facilities are ill-equipped to sustain hurricane conditions. After the death of a dozen nursing home residents due to a power outage during Hurricane Irma in 2017, Florida implemented new safety standards that require facilities to have the capability to keep indoor temperatures from topping 81 degrees for a minimum of 96 hours after a power outage. Although the regulation passed more than a year ago, between August 2018 and August 2019 almost 300 facilities were fined for non-compliance, and were put in a tough situation when Hurricane Dorian hit Florida September 3-4 and were forced to evacuate.

Join a couple of the industry’s top attorneys to learn more about the most recent pandemic-related legal and legislative developments impacting the home-based care industry and what they mean for your business and clients right now and for years to come. Attorneys Angelo Spinola and Christopher Razo will dive into the latest industry-specific legislation and litigation including the status of vaccination mandates and legal challenges to the same across the country, federal agency policies and guidelines for the workplace, the latest developments regarding implementation of federal paid sick leave and safety standards, and much more. Come prepared with questions about the biggest legal challenges facing your business today.