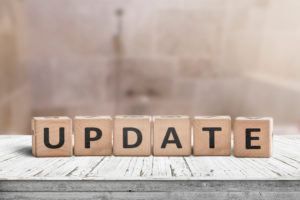 The National Labor Relations Board’s (NLRB) long-awaited final rule on joint employment sets an employer-friendly tone as it returns to an old standard on what constitutes joint employment under the National Labor Relations Act (NLRA). The Board issued its final rule on February 26, and it is to be effective April 27. The Board also released a fact sheet on the new regulation.

The new rule concludes a process sparked by a 2015 case decision that changed a decades-long understanding of what constitutes joint employment. The final rule restores the joint employer standard used before the 2015 Browning-Ferris decision. That decision made joint employment liability much more likely.

In announcing the new rule, the NLRB said a business must possess and exercise substantial direct and immediate control over one or more essential terms and conditions of employment of another employer’s employees to be considered a joint employer. Under the Browning-Ferris standard, an employer could be deemed a joint employer even if it had only indirect control over another employer’s employees.

The final rule defines key terms, including what are considered “essential terms and conditions of employment,” and what does and does not constitute “direct and immediate control.” It also makes clear that control exercised on a sporadic, isolated, or de minimis basis is not “substantial.”

The announcement said evidence of indirect and/or contractually reserved control over essential employment terms may be a consideration for finding joint employer status, but it takes substantial direct and immediate control to constitute joint employment. The final rule also makes clear the routine elements of an arm’s-length contract can’t turn a contractor into a joint employer.

Burton J. Fishman, an attorney with Fortney & Scott, LLC in Washington, D.C., says that since the new rule returns the state of the law to what it was in 2015, most employers will find it familiar and can continue as they had been doing for decades.

As for any opportunities it may open for employers, “it limits union organizing opportunities into a parent or franchisor,” Fishman says. “Perhaps some companies will feel freer to expand without concerns of broader joint employer liabilities.” He also expects stability in the definition of joint employment because of the Board’s decision to issue a regulation instead of tackling the issue through another case decision.

“The most important part of this regulation is that it is a regulation, not a decision,” Fishman says. “That should make it a lot more durable than a Board ruling, and that is why the Board took this course. By issuing the regulation now, the administration has avoided repeal by means of the Congressional Review Act by a new Congress.”

The new standard should be long-lasting and not so likely to be changed when the NLRB’s makeup changes in a future administration, Fishman says. “To be sure, a new Board can write a new regulation, but that is a slow process, requiring notice and comment—and a persuasive rationale for making the change,” he says.

Fishman expects the new rule won’t leave room for a future Board to issue a case decision that changes the standard. “A regulation, once it survives judicial review—and this one will be challenged—is pretty solid,” he says. “A new Board might try to nibble at the edges, but the broad language of the new regulation will make that a challenge.”

When the long-established joint employment standard was upended with the 2015 Browning-Ferris decision, many employers were concerned about greater joint employer liability. They were relieved in December 2017, when the Board issued another decision—Hy-Brand—that reverted to the old standard.

But the NLRB soon vacated Hy-Brand after critics claimed Board member William J. Emanuel should have recused himself since his former law firm—Littler Mendelson, a large firm that represents management in employment law cases—was involved in the Browning-Ferris decision.

Since the Hy-Brand case was vacated, the standard reverted to the Browning-Ferris definition, and the NLRB decided to tackle the matter with rulemaking instead of waiting for a new case to decide on the issue. Now, the new rule restores the more employer-friendly standard.

The NLRB isn’t the only agency issuing a rule on joint employment. In January 2020, the Department of Labor (DOL) announced its final rule on what constitutes joint employment under the Fair Labor Standards Act. Like the NLRB rule, the DOL’s rule sets an employer-friendly standard.