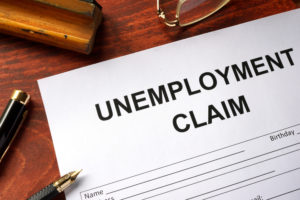 The COVID-19 pandemic that has sent the nation’s unemployment rate soaring may eventually—at least in some cases—affect employers’ unemployment insurance tax rates. Just who will be affected, though, remains an open question.

With businesses shutting down or significantly curtailing operations, Congress responded with the $2 trillion stimulus bill dubbed the CARES Act, which was signed into law on March 27. The Act provides for direct payments to individuals, relief for businesses, assistance for state and local governments, as well as other aid.

One major part of the law expands unemployment insurance for the millions thrown out of work by the virus. The law expands eligibility to more people, such as independent contractors and gig workers, and it offers recipients an additional $600 a week for up to four months on top of what their state programs pay.

Just what do the unemployment insurance changes mean for employers’ unemployment tax rates? That’s still an unknown according to attorneys who focus on employment matters.

Williams says some states have announced that unemployment claims related to COVID-19 won’t be charged to employers. Others, though, have acknowledged the increased payouts may mean higher unemployment insurance tax rates. Other states have yet to provide guidance on the issue.

Charles H. Kaplan, an attorney with Hodgson Russ LLP in New York City, points out that federal funds will cover the expansion of unemployment for independent contractors and workers that don’t have sufficient work history or otherwise usually don’t qualify for unemployment, but “how this will affect rates down the road is really unknown,” he says.

The pandemic is prompting some states to make changes to their rules on unemployment. Some are waiving waiting periods and work search requirements as well as expanding who is eligible and extending the number of weeks an individual can collect payments.

Williams says the CARES Act provides federal funding for state unemployment programs that are extending benefits to employees who have their hours reduced even if they are still partially employed.

“In the coming weeks, state unemployment insurance programs will likely be issuing new guidance on how individuals may claim expanded benefits under the new CARES Act, including benefits previously unavailable to many workers, such as the self-employed and gig workers,” Williams says.

Kaplan notes the Act provides incentives to states to expand their own unemployment coverage. “This really is a way of getting money to people who are hurting,” he says. “Particularly the increase of $600 a week will enable them to cover more bills and other financial obligations.”

The extra $600 a week included in the Act has sparked criticism from some who note it’s possible that some recipients will earn more than when they were working. “But we have to understand that the aim here is to get money into the economy,” Kaplan says, and many jobs are now unavailable because of the social distancing requirements and business closures. That means the notion that if people are paid too much in unemployment they won’t work doesn’t apply in this case.

In normal circumstances, employers often look closely at claims for unemployment to determine whether to contest them, but the pandemic has changed circumstances.

Williams points out the CARES Act is designed to increase unemployment coverage. For example, qualifying reasons now include taking care of children whose schools are closed and unemployment caused by business closures and other job losses prompted by COVID-19. Benefits are not available for individuals who are able to telework with pay or who are receiving paid sick leave or other paid leave from employers.

“In general, employers should refrain from contesting claims in close cases unless clear fraud applies, since state agencies will be likely erring on the side of awarding benefits,” Williams says.